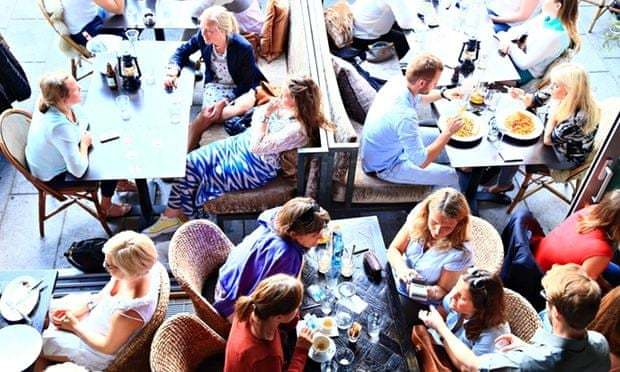 The truth is that there is no one model of prosperity. In the future, there will have to be multiple models of prosperity based on individual circumstances, and the specifics of culture, history, economics and politics; not everybody following one model - but everybody flourishing within their own context.

And so another league table has confirmed what has become a truism: that when it comes to prosperity, Scandinavia rules the roost.

This year’s edition of the annual Legatum Prosperity Index (LDI) places Norway, Denmark and Sweden in first, fourth and sixth places respectively, with Finland trailing at a still-enviable eighth. The UK was 13th, narrowly beaten by Ireland but ahead of Germany.

The Nordic nations frequently feature at the top of such lists, giving the aura of a shimmering northern utopia. On almost every indicator worth measuring – from public health to educational attainment and social wellbeing – the Scandinavians seem to have got things sorted.

But should we all be aiming to be Norway? Indeed, is that goal even desirable?

Scandinavian societies are certainly admirable in many respects. Their high scores for human development are built around principles of individual autonomy and self-determination.

Their commitment to gender equality saw Norway introduce a much-publicised law in 2003 requiring 40% of board members at large firms to be female, in an attempt to forcibly shatter the glass ceiling. Female political representation is also high, and both Norway and Denmark currently have female prime ministers.

These countries also fare well on measures of inequality – with Gini indicesconsistently ranking them among the most income-equal societies in the world.

Low levels of unemployment are supported by high levels of engagement between trade unions (in Sweden around 71% of workers are members of unions), the government and employers. Arguably, this results in a more engaged and democratic workforce.

But not everything is as rosy as it might first seem.

If we look at carbon emissions per capita, some Scandinavian countries are ranked quite high - Norway is in 24th place and Finland in 26th compared to the UK’s 47th, according to the US Department of Energy’s Carbon Dioxide Information Analysis Center (CDIAC).

And on the WWF’s scale of ecological impact across carbon, grazing land, cropland, fishing ground, forests and built-up land, Denmark, Finland, Norway and Sweden are all near the top of the chart, consuming considerably more than the world average of 2.7 gha per capita (one gha represents a biologically productive hectare with world average productivity).

In other words, citizens of these countries – just like all nations in the global north - are consuming resources at a rate that would require several Earths to sustain.

Part of the problem is that the Scandinavian nations (with the possible exception of Denmark) have based their economic success on extractive industries – whether it’s Norway’s oil, Sweden’s iron ore or Finland’s forests, creating huge carbon footprints. Being geographically remote and subject to extreme cold for parts of the year also means that their food production capacities are small, with the consequence that a high proportion of food and other goods have to be imported, creating road, air and shipping miles.

In prosperity terms, they also enjoy the luxury of having relatively small, homogenous populations across which to spread their wealth. In this, the Scandinavian nations are again unusual.

So, the Scandanavian countries might look like league champions. But they don’t necessarily provide a desirable model for future prosperity in the rest of the world.