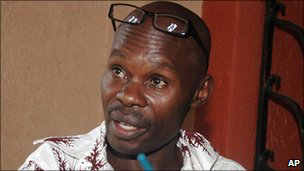 We are deeply saddened to learn of the tragic death of David Kato, a courageous activist at the forefront of the LGBTI campaign in Uganda, and contributor to Henrietta Moore’s Modern Lives research project.

David was brutally murdered in his own home yesterday, Thursday 26th January. Although the motive for his killing is currently unclear, his death comes shortly after a Ugandan Supreme Court ruling upholding LGBTI rights to privacy and respect in Uganda. The case was brought after a Kampalan tabloid published the identities of “top homos” in Uganda, next to a headline calling for them to be hanged. David was one of those listed, and he and two other activists brought the case, which they won at the beginning of this month.

David had been receiving death threats since his name, photograph and address were published in the list in October last year. David was a leading figure in Sexual Minorities Uganda (SMUG), one of the major activist groups in the country. Speaking about what this means in the fight for LGBTI equality, SMUG’s executive director, Frank Mugisha, made this statement: “No form of intimidation will stop our cause. The death of David will only be honored when the struggle for justice and equality is won.” For more information, visit the SMUG website: http://www.sexualminoritiesuganda.org/

David made an important contribution to the Modern Lives research on contemporary life in urban East Africa. One strand of the research works with LGBTI activists in Kampala, particularly in relation to the Ugandan ‘Anti-Homosexuality Bill’ tabled in 2008. Modern Lives research coordinator Connie Smith says “David was a warm and generous man, who enthusiastically gave up his time to share with us his knowledge of and passion for LGBTI rights in Uganda as well as to assist the project in many practical ways. He will be greatly missed.” It was an honour to work with such a brave and committed campaigner for human dignity and respect. Our thoughts are with his family and friends.