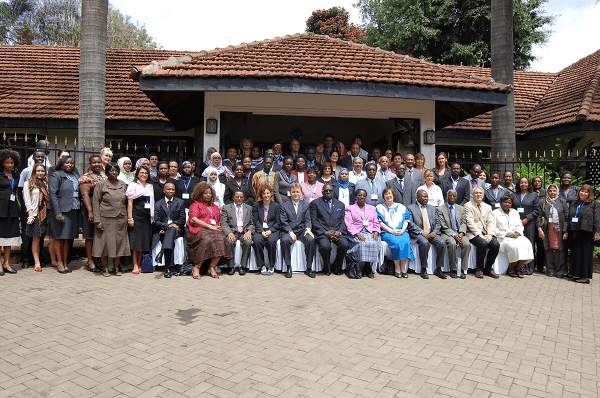 On 7th September 2011 the Kenyan Government passed a bill outlawing female circumcision or FGM. The new law, proposed in 2010 by Mt. Elgon MP Fred Kapondi, has been passed in the third year of the UNICEF and UNFPA Joint Programme on Female Genital Mutilation/Cutting. The programme is being implemented across fifteen African countries, and aims to see communities abandon FGM in a generation. UNICEF and the UNFPA are emphasising “accelerated change”, after decades of campaigning has yielded improved awareness but little evidence of actual abandonment. See the UNFPA website for more detail.

Last week, the programme also sponsored an international conference on FGM hosted by the University of Nairobi (picture; see conference website). Key discussions at the conference focussed on the implementation of the new act in Kenya, recent medical research on the consequences of FGM, and community campaigns on the issue. Also up for discussion was the proposal to establish an African centre for research and leadership on the abandonent of FGM, to be based in Nairobi. This conference presented some very useful findings, such as recent statistics from across Africa, but was also important in terms of the ways in which female circumcision is framed and conceptualised by the international development community.

In what ways and to what extent Kenya’s prohibition of FGM will be enforced is still to emerge. In the Marakwet community, where Professor Moore has been researching female initiation and social change, she has already observed the ways in which initiation ceremonies are sensitive to wider national and international political pressures. Whilst the law will provide support and reinforcement for those campaigning to end the practice, previous national debate on the issue in fact resulted in an increase of circumcision ceremonies, as families sought to pre-empt any clampdown on the practice. Professor Moore is continuing her research on the issue, and will be exploring the ways in which Marakwet people perceive and engage with the new law, how it affects people’s ideas of ‘culture’ and ‘tradition’, and its implications regarding wider social and cultural change in the region.