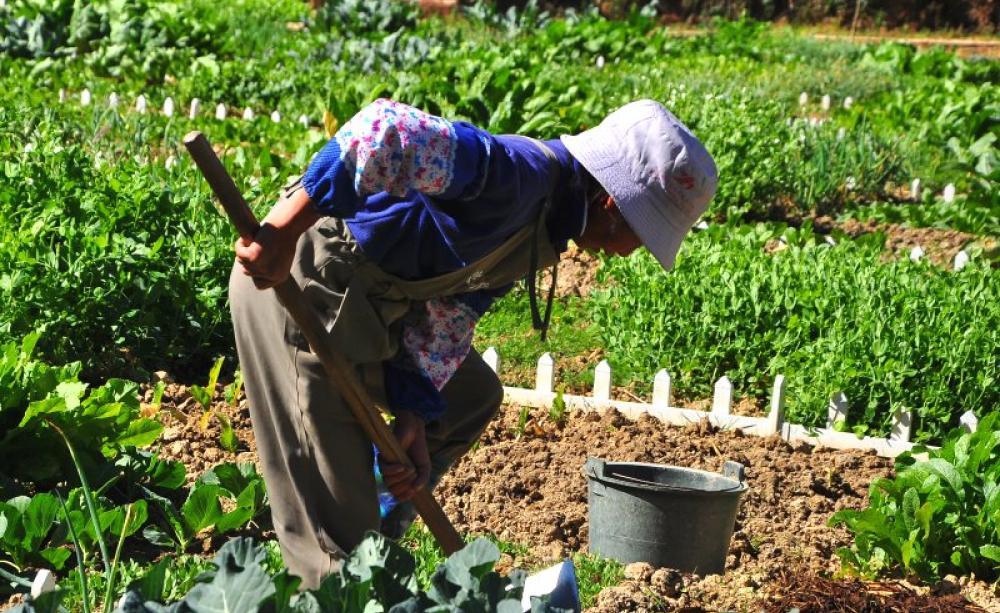 Can agroecology save us from 'scorched-earth' agriculture?

Industrial agriculture has become a prime driver of many of the world's most serious problems, writes Henrietta Moore: the loss of wild and farmed biodiversity, huge climate-changing emissions, and the entrapment of small farmers in ever-deepening cycles of poverty. But there is a solution: the widespread adoption of agroecological farming.

How do we meet the challenge of providing enough food for everyone while protecting biodiversity and reducing agriculture's carbon footprint? The solution gaining more and more acceptance internationally is agroecology.

Imagine the scenario: world food production has become concentrated in the hands of a tiny elite who, backed by powerful governments, have succeeded in creating a captive market of farmers around the world dependent on them for everything from seed to fertiliser.

The farmers are crippled by the high cost of the increasingly monopolised agricultural products essential to their livelihoods, trapping them in a cycle of poverty.

But because they live in poor countries, their plight is ignored, while the success of the corporations selling them goods is celebrated in world financial centres.

But one day, disaster strikes. A string of natural disasters decimate the world's productive land. Next, virulent plant diseases wipe out crops on a massive scale, leaving millions of people under threat of starvation.

Needless to say, global chaos would ensue as desperate people fled their countries to escape from the nightmare engulfing them.

In fact, the possibility is all too real

If this sounds like the script from a Hollywood science fiction movie, it's not meant to. In fact, it describes a situation that without action could soon become reality - with all of the disastrous implications such a future would entail.

The facts are stark. Biodiversity has plummeted in recent decades as increasing numbers of farmers around the world have embraced the monocultural 'Green Revolution' farming practices pioneered in Europe and America in the last century.

The UN's Food and Agriculture Organisation (FAO) estimates that, since 1900, 75% of plant genetic diversity has been lost as farmers worldwide have abandoned their multiple local varieties for genetically uniform, high-yielding varieties.

Meanwhile, 30% of livestock breeds are at risk of extinction, with six breeds being lost each month.

Human life has become dependent on a tiny fraction of the total number of edible plants and animals available to us: in fact, just three crops - rice, maize and wheat - contribute nearly 60% of calories and proteins obtained by humans from plants.

Industrial agriculture threatens us all

At the same time, mankind's ever-expanding population has caused us to resort to agricultural practices which can be successful in increasing yields in the short term, but come at great cost to the soil and livestock.

We have become ever more reliant on the cocktails of fertilisers, pesticides and antibiotics needed to sustain conventional farming methods in the so-called developed world.

And there is now a considerable body of evidence that suggests this agricultural standardisation and intensification is wreaking havoc with the natural environment.

Perhaps the most significant example of recent years has been the well-publicised collapse of honeybee and other pollinator populations in many parts of the world. In Europe and the US, annual declines of 30-50% and more have been observed.

Scientists are in no doubt that the chemicals used to turn fields into wildlife-free zones are to blame and action to halt the losses has been remarkably sluggish given the catastrophic existential threat the loss of these populations represents.

The global spread of GMOs

The picture is further complicated by the rise of genetically modified (GM) crops. Though banned in the European Union (where, even here, calls for relaxation have allowed member states including the UK to timetable trial production), these crops are already widely grown in the US, Asia and elsewhere.

Proponents regard them as the panacea to the world's food production problems. Detractors take a rather different view, seeing GM crops not just as a way for global agribusinesses like Monsanto to dominate farming worldwide - by getting small farmers hooked on their expensive products, but also leaving us open to plant infections sweeping through uniform croplands which lack the genetic diversity to offer any resistance.

While Europe dithers on the subject, the spread of GM crops has continued unabated in many other parts of the world - not least in Africa.

A recent Friends of the Earth International report produced by the African Centre for Biosafety accused the US administration and companies such as Monsanto of 'force feeding' African nations GM by helping them to produce biosafety laws that promote agribusiness interests instead of protecting Africans from the potential threats of GM crops.

The ever growing 'carbon footprint' of intensive agriculture

The increasingly mechanised and synthetic nature of modern farming around the world means that agriculture now constitutes a significant chunk of global carbon dioxide emissions.

Worldwide, agriculture is responsible for around 5.5 million tonnes of carbon dioxide at the last count - representing between 17% and 32% of all the emissions caused by humans, according to research for Greenpeace.

While the list of top emitters is dominated by large agricultural economies like China, India, Brazil and the US, Africa saw the highest rate of increase in annual emissions over the last quarter-century, albeit from a relatively modest base.

It's well established that climate change is forecast to have a negative impact on crop yields in regions most at risk from increasingly arid conditions and desertification - especially Sub Saharan Africa. This is predicted to put food security for many millions at risk.

And if we look at the bigger picture, despite the successes in recent decades in reducing world hunger, the UN's FAO estimates that around 800 million people worldwide remain chronically undernourished.

The solution? In a word: agroecology

So how do we meet the challenge of providing enough food for everyone in the world while simultaneously protecting biodiversity and reducing agriculture's carbon footprint?

The solution gaining more and more acceptance internationally is agroecology.

Defined as "the integrative study of the ecology of the entire food system, encompassing ecological, economic and social dimensions"by one leading academic source, agroecology is rooted in the idea that farmers should be directly involved in developing new practices by engaging and co-creating with one another, with support from cooperatives, NGOs, research bodies and government institutions.

Agroecological farming approaches include agroforestry (interplanting trees and crops on the same parcel), biological control (controlling pests and diseases with natural predators), water harvesting methods, intercropping and many other practices which are often rooted in traditional farming techniques.

In 2011 the UN Special rapporteur on the right to food, Olivier De Schutter, released a report which challenged industrial farming methods and demonstrated that agroecology is a more effective way of boosting global food security.

It highlighted a study by the University of Essex's Jules Pretty which assessed 286 projects in 57 developing countries, finding an average crop yield gain of 79% achieved by agroecological methods.

It cited specific success stories such as in Tanzania, where the use of agroforestry techniques has allowed some 350,000 hectares of land to be rehabilitated in two decades in the country's dry western regions, simultaneously raising household incomes by as much as $500 a year.

An idea whose time has come!

So agroecology, crucially, represents the means by which people can increase their prosperity and that of their communities by developing agricultural methods that suit their particular circumstances.

It fits with the central contention of UCL's Institute for Global Prosperity, of which I am the director, that in the future we won't just have one model for creating prosperity - there will be a multiplicity of different models worldwide, based around making the best use of local resources and knowledge in sustainable ways.

And it seems that it's an idea whose time has come. At the FAO's recent symposium on agroecology in September last year, its general director, José Graziano da Silva, declared that "Agroecology can find a shelter under the FAO", saying that he believed it had the potential to end world hunger while supporting family farmers.

It's now incumbent to translate warm words into action. The impetus could hardly be more pressing.