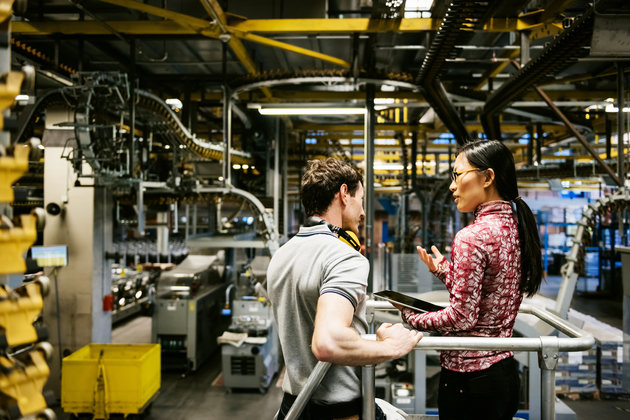 Brexit Is Making Us Blind To The Real Jobs Crisis

Brexit may well be a needless act of national self-harm

The response to this dawning new era of mass redundancy has been building slowly in recent years, but arguably in the wrong direction

With more twists than many a TV soap opera and implications that will live with us for generations, it’s not surprising our public discourse is fixated on Brexit. But is it making us ignorant of the macrotrends that will have far greater consequences in the long run?

Brexit may well be a needless act of national self-harm. But even the staunchest Remainer would probably accept that, while the short-term hit from whatever eventual deal is hammered out is likely to be painful, Britain’s economy will survive, albeit in a weakened state.

And while currently there seems to be no end in sight, we will eventually move on from Brexit. At that point, the need to address the other global issues affecting the prosperity of everyone will be even more acute, consumed as we have been by national introspection for so long.

We certainly have our work cut out. At least that’s my reading of some of the findings in the latest British Social Attitudes Survey. For, buried beneath the shifting views about the wisdom of leaving the EU are some fascinating insights on public perceptions about the future of work – an issue where we stand on the precipice of far-reaching change.

The survey found that while 75% of people think machines or computer programmes will definitely or probably do many of the jobs currently done by humans, just 10% of workers are worried that their own jobs will go. The disparity looks like mass denial, or at least a mental disconnect with the consequences.

It probably doesn’t help that economists themselves are divided on the impact of automation and artificial intelligence (AI). Some believe the negative impact will be more than made up for by increases in productivity and overall economic growth. Others posit that, with investment in skills and retraining, workers can be redeployed in higher-skill sectors.

But even if those arguments prove correct, the technological currents already sweeping through global economies may simply overtake our capacity to adapt. While the robots may be much more efficient than human beings in generating economic output, the dislocation to individuals and communities is likely to be profound. And we know from bitter experience how lofty pronouncements on upskilling the workforce too often fade away with precious little to show for themselves.